SPD Hackathon: How we Accidentally Dethroned the German Chancellor #Schulzzug

In Germany’s 2017 national election it really looks like Martin Schulz (SPD, Gottkanzler) has the momentum to beat Angela Merkel.

Germany’s social democratic party (SPD) was able to start a positive hype around their candidate Martin Schulz that had its origins in the Internet; organically. Thousands of memes were shared online, like the Schulz-Train – promoting the values of Martin Schulz and the SPD: A strong Europe for a bright future for all EU citizens. Or as the memes suggest: MEGA – Make Europe Great Again. And the polls looked great for Martin Schulz, raising every week looking like he has a real chance against his competitor Angela Merkel.

Motivated by this meme-web-hype, the SPD decided to host a hackathon at their headquarters at the Willi Brandt Haus in Berlin.

My team decided to develop a game that utilizes the Schulz-Train meme by actually developing a game that allows everyone to take control over the Schulz-Train (or in German: Schulzzug). The game is available on schulzzug.eu (of course, it’s a .eu domain!). The goal of this game is to break through the walls that populists and autocrats are bounding all around the world (physical and mental walls!) and to collect EU-stars to complete the flag.

The polls looked great for Martin Schulz, the numbers were raising every week – at some point overtaking Angela Merkel’s. And then, in March we released our game – hoping to support the hype around Martin Chulz. But in the end you can see that our game had quite the opposite effect if you look at the polls over time (of course it must have been caused by our game, right? 😬): 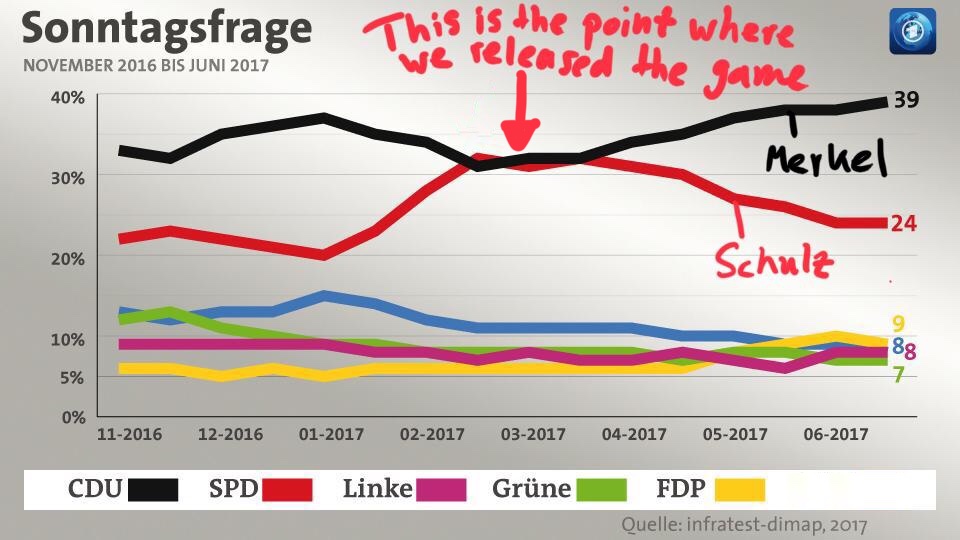 At this point, it is very unlikely that Martin Schulz still has a realistic chance. We’re sorry, Martin.

Our game has been featured all over the place, even by the big TV stations (ARD & ZDF) in Germany covered the game: 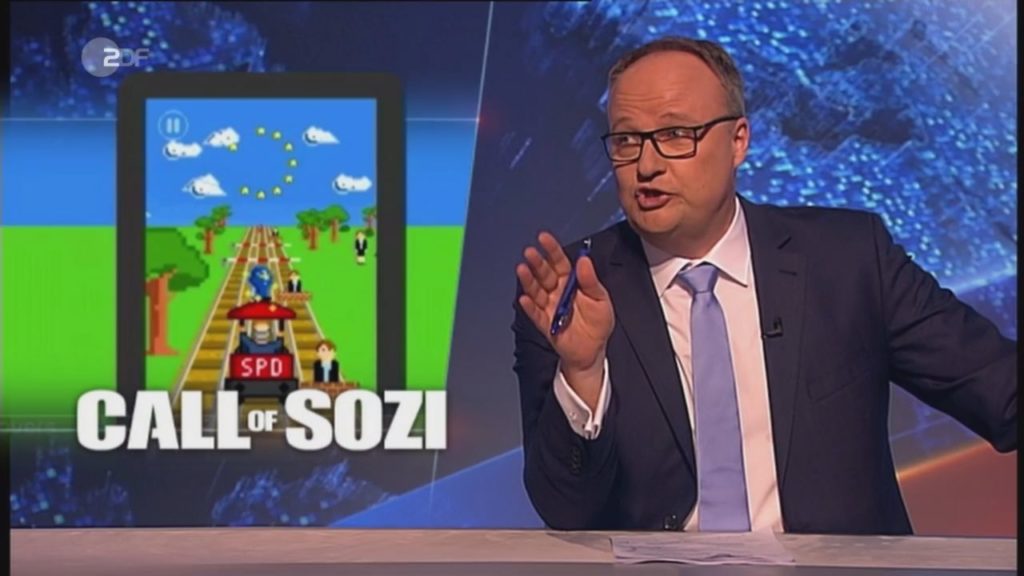 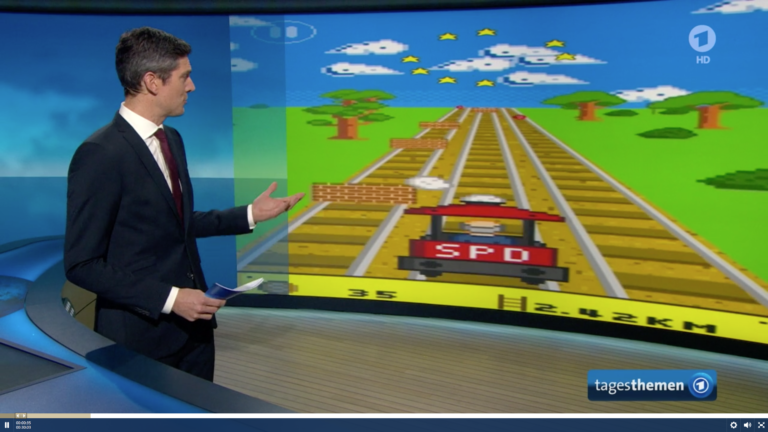